Real love is a radical concept.  It is something that people have learned to profess, – “I love you brother”- but often don’t quite understand.  The truth is, we often mistake love for brotherly kindness.  In that way, we may develop our people-skills well enough that we are caught being nice to people that we wouldn’t have been nice to at one point in our lives.  We then identify that as love.  As mentioned in the last chapter, brotherly kindness is even translated as brotherly love in some versions of the Bible.  But real love goes beyond being nice.  Real love is more than being affectionate. Real love is radical because it requires sacrifice.  Real love is doing what’s best for the other person, even if it costs you something – even if it costs you a lot.

An example of the difference between brotherly kindness and love can be seen in the relationship between Abraham and his nephew Lot.  In Genesis chapter 13, Abraham has been blessed greatly by God and has accumulated a lot of stuff, including servants and livestock.  His nephew who lived with him had also accumulated stuff, and one day Abraham decided that they needed to split up so that they could have more room.  Abraham went to Lot and pitched the idea.  In a magnanimous gesture, Abraham told him, “If you go take the left, then I will go to the right; or, if you go to the right, then I will go to the left.”  (Genesis 13:9)  Abraham was showing brotherly kindness. He was being nice.  Since Abraham was the older of the two and the uncle, he could have chosen the land he wanted first, but allowed Lot to choose the best of the land and Abraham took what was left.  Years later, Abraham found out that his nephew had been taken captive by an army that had defeated the people who lived around the city that Lot had chosen.  Now Abraham could have said, “Well it serves him right, since he chose those cities now he has to deal with it”.  But this is where he exemplifies love.  Abraham sacrificed himself and his household by gathering his men together and going off to rescue Lot.  Abraham risked his own life to save his nephew.  That’s love.

This is an excerpt from my upcoming book, “The 2nd Peter Principle”. 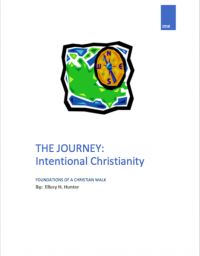